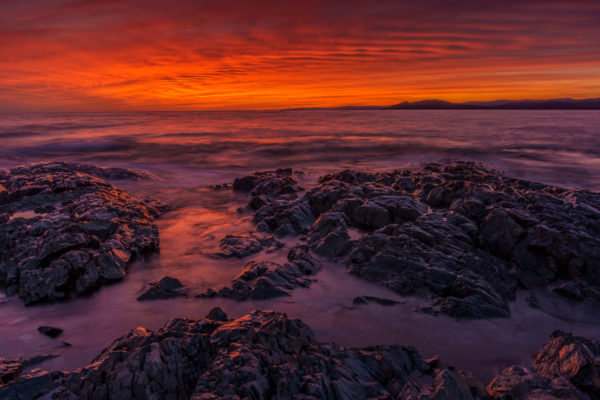 Back in the days of film getting the right exposure in the field was a critical step, especially scenes where the dynamic range was greater than the contrast range of film. Scenes such as sunrise and sunset posed a challenge until Singh Ray and the late Galen Rowell pioneered Graduated Neutral Density Filters. These filters allowed photographers to control the dynamic range in a scene by selecting an appropriate filter density for the situation at hand.

A Graduated Neutral Density Filter is darkest at the top of the filter, gradually fades toward the middle, with the bottom half being clear. In a nutshell these filters hold back the brightness of the sky, without affecting the foreground, allowing for the dynamic range within a scene to be captured in a single frame.

What about scenes where the brightest area of the sky is along the horizon line? To solve this scenario, Singh Ray came up with the reverse graduated neutral density filter. These filters are darkest in the center, fade to light above the horizon line, and are clear on the bottom. This makes them the ideal solution for sunrises and sunsets with well-defined horizons, such as those found along large bodies of water or expansive fields. 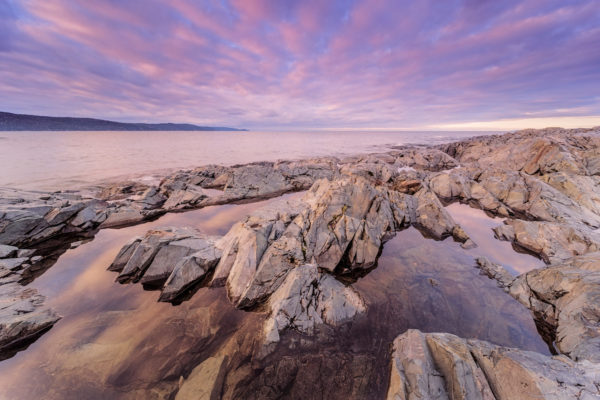 Many photographers will argue that these filters were a film tool and serve no purpose in the digital era because you can simply bracket exposures and blend them in post-production, or that the dynamic range of camera sensors is getting better with every new generation making such filters unnecessary. In part these statements are true however, they often require the photographer to spend additional time at the computer blending exposures. I still believe that these filters play a critical role in capturing the correct exposure in a single frame.  By using my 3-stop Reverse Graduated Neutral Density Filter I can often record the desired scene in a single frame and spend no more than ten minutes optimizing the image in Photoshop, which gets me back out into the field to create new imagery more frequently.

Nowadays, I find that I no longer reserve the reverse graduated neutral density filters for sunrise or sunset but often reach for them on days with over-cast or stormy skies to create more drama within the scene. This was the case on my annual Lake Superior Wild and Scenic Photography Retreat in late October of 2019 as the early winter storms began brewing up large rolling waves that would crash into the rugged shoreline. 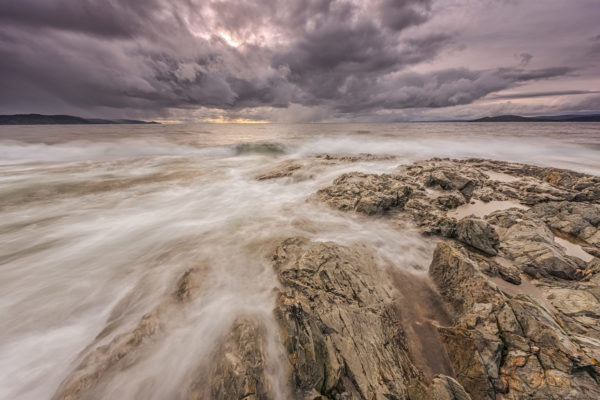 I enjoy illustrating to my workshop participants, in the field, the benefits of using various filters for optimizing their landscape photography. They are often unfamiliar with reverse graduated neutral density filters. After I have provided them with instruction on how to use the filter they are often amazed at the difference in the resulting images and see the benefit of having such a filter in their gear bag too.

I usually recommend to folks that are new to using reverse graduated neutral density filters that they use a filter holder designed for their use and utilize the Live View on their camera to place the filter’s transition. When you are new to using these filters, it can often be easier to place the transition of the filter when viewed through the LCD screen in Live View. 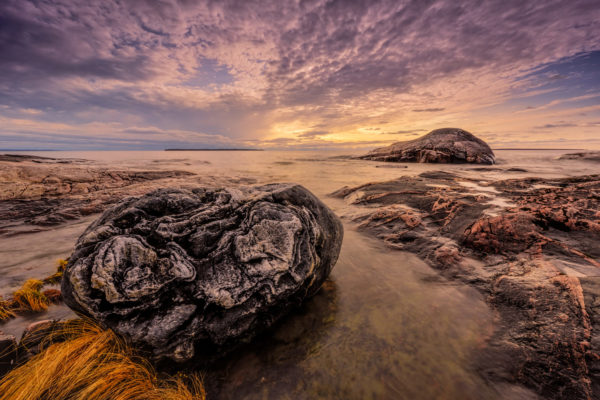 My preferred lenses to use the reverse graduated neutral density filters with are my Nikon 18-35mm lens and my Laowa 12mm Zero D lens, with the latter being my most favorite option. The extreme wide-angle perspective of the 12mm lens allows me capture expansive and dramatic foregrounds. Often these foregrounds, especially along the Lake Superior coast, tend to be much darker than the sky however, a 3-stop Reverse Graduated Neutral Density Filter is the ideal tool for holding back the brightness of the sky in these scenarios. 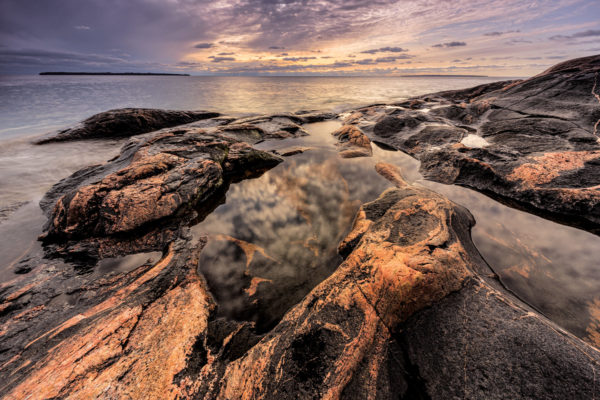 As I am completing the writing of this blog post I am also prepping for my departure in less than 24 hours to the remote Caribbean island of Cayman Brac to meet up with my workshop participants. On this trip I will be taking along the George Lepp Thin Mount 3-stop ND Filter, Mor-Slo ND-5 Stop Filter, Mor-Slo ND-10 Stop Filter, and a Thin Mount LB Neutral Polarizer. Each of these filters are 95mm screw-in filters to fit the specially designed Laowa 12mm Zero D Lens Filter Holder. I will also be taking my Daryl Benson 100mm 3-Stop Reverse Graduated Neutral Density Filter, because quite simply I never leave home without it.

You can check out my blog about my Cayman Brac trip report on how my filter selection for this trip worked out.