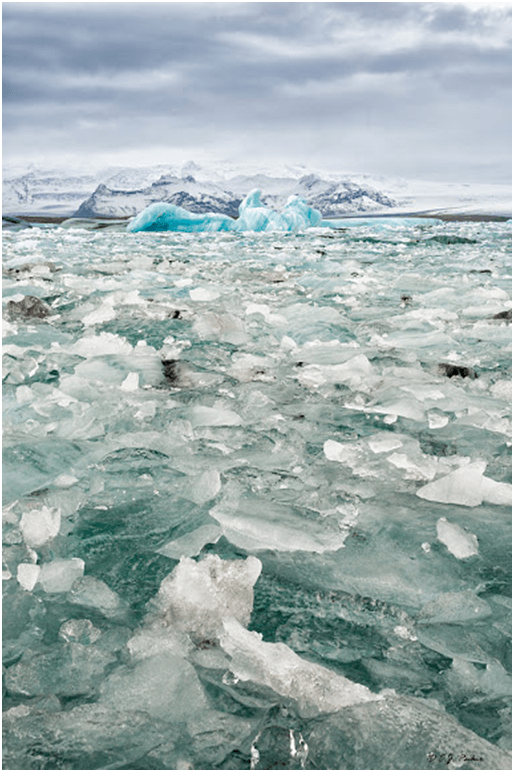 As I was packing for my trip to Iceland last winter, I decided at the very last second to include my Singh-Ray Vari-ND. I thought that maybe it would come in handy on some waterfalls.

One of the major highlights of any trip to Iceland is visiting the magnificent Glacial Lagoon called Jokulsarlon on the southeastern shores of this island nation. This is an area where Europe’s largest Glacier, Vatnajokul, has an arm that extends toward the North Atlantic and calves into a beautiful mountain rimmed glacial lake. There simply is no bad time to photograph this area.

As this first photo shows, when we arrived at the lagoon on the first morning, it was completely blocked up with ice chunks. I took many photos of this spectacular place but was a bit disappointed that there was no water visible between the chunks of ice coming off Europe’s largest glacier.

While I was looking through the viewfinder for my next shot, I suddenly got an uneasy feeling of vertigo. Not being someone who generally suffers from this — even on Drake Passage crossings to Antarctica — the disagreement of movement between my eyes and my ears confused my brain. What had happened was that an ice-jam at the outlet of the lagoon to the North Atlantic had broken and the ice started moving while I was stationary and naturally expected the ice to be stationary, too. Once I figured out what was happening, all was well once again within my body. 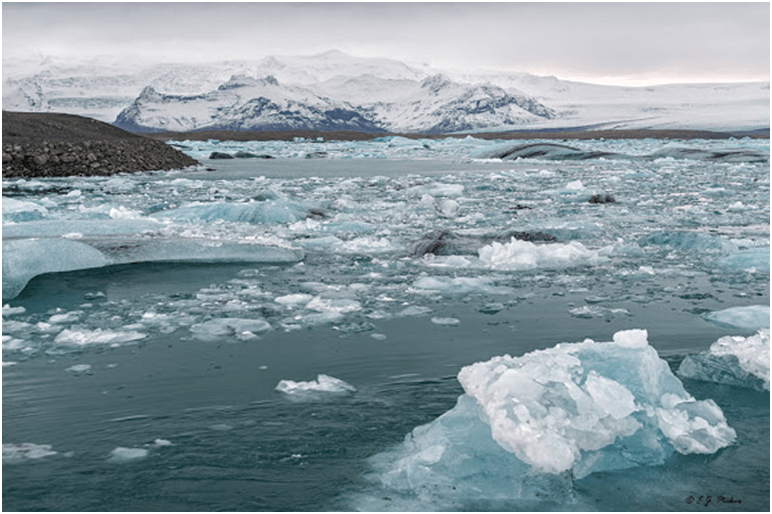 After a while, much of the ice was emptying out of the lagoon, so I walked towards the channel that dumps into the Atlantic. After taking a number of shots, I decided to shoot more with the moving ice completely blurred while the larger icebergs remained stationary due to running aground underwater. At normal shutter speeds, the scene looked like the image above – interesting but uninspiring. 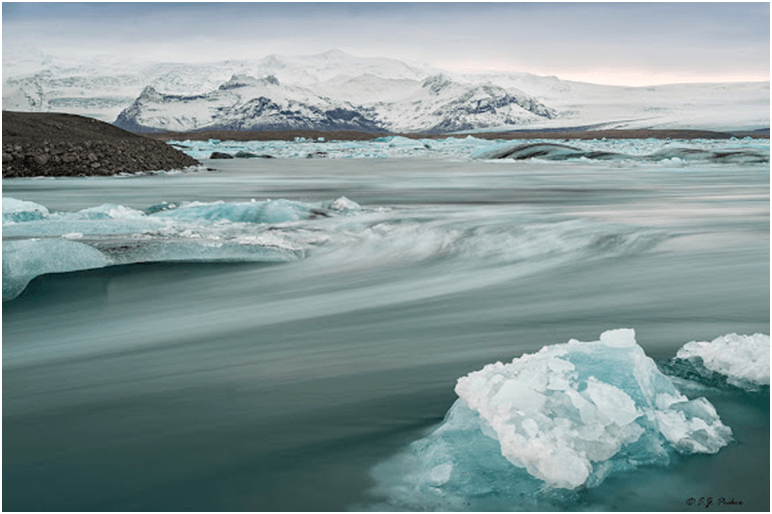 I was so glad that I packed my Vari-ND filter because this allowed me to get some unique shots of this phenomenon, once some of the ice cleared out and water became visible without having to select such small apertures that I lost detail acuity due to diffraction losses. The Vari-ND allowed me to maintain a reasonable f/8 aperture while slowing shutter speeds to blur the moving ice. 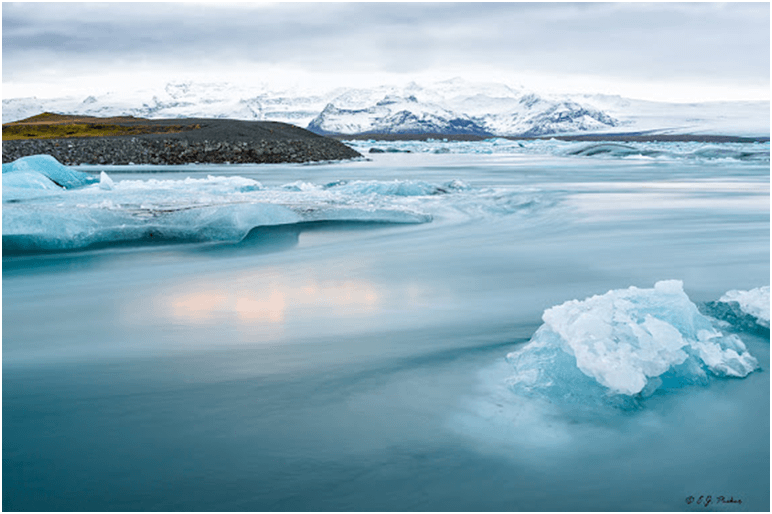 All of the photos were taken with Zeiss and Nikon Prime lenses varying from 25mm to 50mm mounted on a Nikon D800 while holding my 77mm Vari-ND in front of the lens. The filter allowed me to vary my shutter speeds by as much as 30 seconds to achieve the effects I was looking for. The blurred ‘water’ in the final three photos are much more inspiring and unique to me. 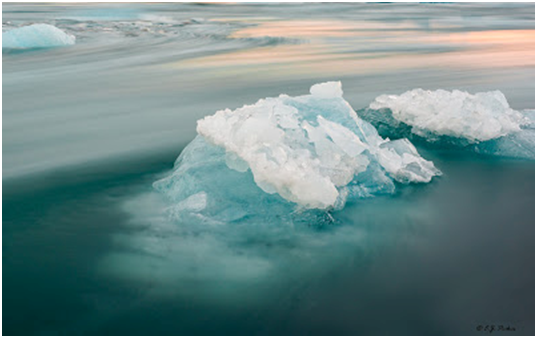 As I mentioned at the beginning, bringing the Vari-ND along with my Singh-Ray polarizers was a last-second decision. I didn’t think I’d need any specialty filters because, at just below the Arctic Circle, there just isn’t a whole lot of light in January — but there is always a lot of flowing water in Iceland. When the ice cube jam broke and those ice chunks started flowing rapidly out to sea, I simply would not have been able to take advantage of this sudden and unforgettable experience had I not packed the Vari-ND.

E.J. is a professional freelance photographer who has been published worldwide in books, advertising, and magazines for clients including National Geographic, Smithsonian Institution, American Museum of Natural History, National Parks Service, U.S. Fish and Wildlife, and the U.S. Navy. Although a specialist in fine art images of ducks, he says his first photographic love is landscape photography. He will be offering various workshops in 2013.