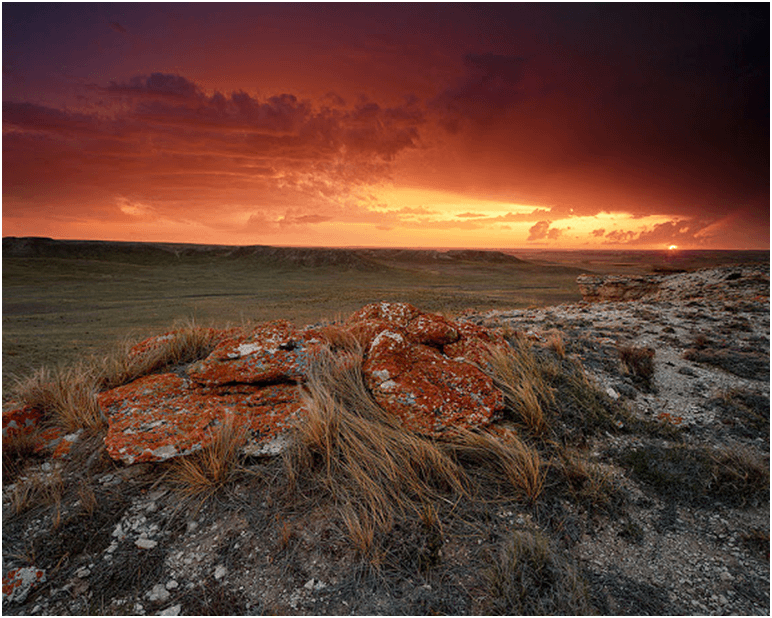 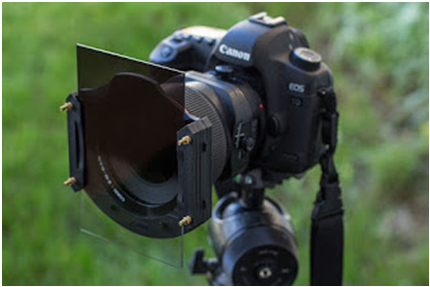 As I’ve matured my photographic techniques, I have gravitated to Canon’s line of tilt/shift lenses. These lenses afford me the sharpness and detail that I’m looking for when I’m capturing landscapes that I want enlarged to the fullest extent. Besides tilting these lenses to maximize focus, I also employ the shift to capture three images and then stitch them in Photoshop. This combination allows me the very detailed, large files that I need for my work.

Of course, since image clarity and quality is key, I use only Singh-Ray filters. Whenever I have a need for a Graduated Neutral Density filter, I use the 4×6 size to cover the increased size of the tilt/shift glass. The benefit here is that as I shift the lens either from side to side or up and down, the neutral density filter is big enough to cover the full image. This helps save me time in processing as filter-less techniques require bracketing, something that adds complexity and time, especially three-fold when you are capturing 3 shots for each final image.

Regarding the image above, when I first arrived on location at Agate Fossil Beds in western Nebraska, it was midafternoon with sun dominating the sky, but I could see a front brewing in the distance. I spent a couple of hours scouting locations until I found this set of interesting and colorful rocks and grass with the ledge that led into toward the setting sun. With my Canon 24mm tilt/shift loaded on my camera and my camera on a sturdy tripod, I oriented the camera vertically with the shift set up to go from left to right. I first shifted the lens as far left as I could to make sure that the left image edge began where I wanted it. I then shifted the lens to the far right to make sure I had the entirety of the ledge in the image as well. I moved the lens back to the center where I then focused and tilted the lens to maximize my depth of field. Lastly, I mounted my 4×6 3-Stop Graduated filter with the Cokin holder in front of my lens to help even exposure with the sky. As the evening descended the clouds moved closer and closer until they had completely surrounded me. With the Singh-Ray ND Grad set, I was able to quickly shift side to side to create 3 shots I later stitched for a 39 megapixel high quality image. Luckily, the rain passed on, but not before I had captured the incredible light show I call Agate’s Angry Sunset. 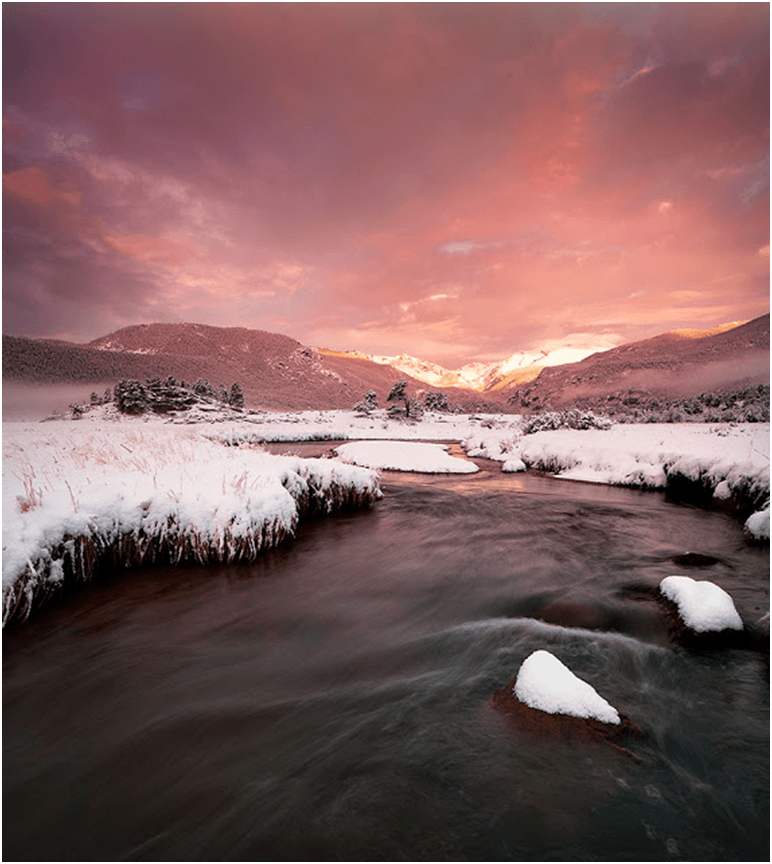 To capture this image, In the Light of a New Day from Rocky Mountain National Park I set up the camera horizontally with the shift going from top to bottom. This was necessary as having 2 shots that cross flowing water creates stitching issues, so I wanted the flow of the water to be in one full shot. I started by shifting all the way to the bottom to make sure I had the rock, snow, and stream just where I wanted them. I then shifted up to make sure I had the clouds that I wanted in the shot. Shifting back to the middle, I set my focus and tilt and then mounted my Singh-Ray 4×6 2-stop soft ND Graduated filter. As the sun rose behind me, I was able to shift up and down all the while my ND Grad was set perfectly for every shot. On this day, everything fell into place, including the clean white snow, the moving stream, the fog on the mountains, and, of course, the beautifully lit clouds. 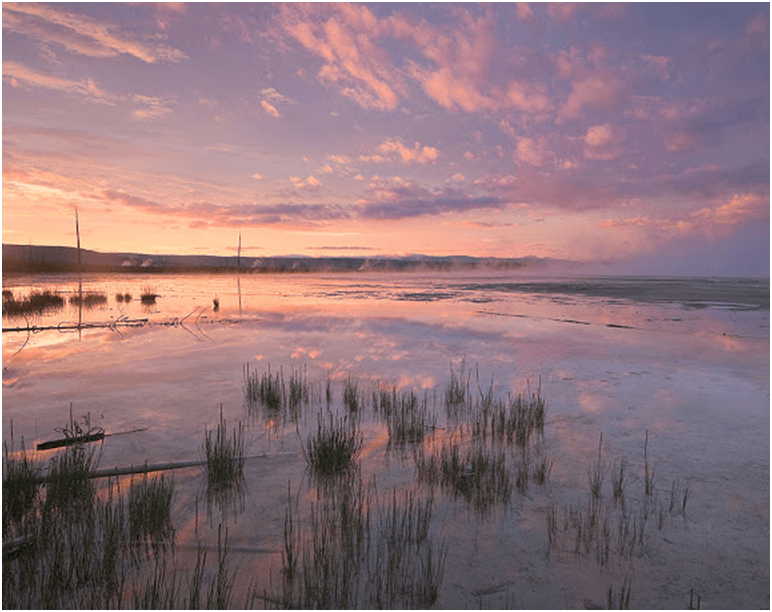 As I was taking this shot, Twilight Calm, at Middle Geyser in Yellowstone National Park, the light was changing fast and my positioning was not optimized for the sunset. With a tilt/shift setup there is more time involved to get the focus, tilt, and shifting setup just right — so anything to save time is appreciated. Because of the area I wanted to photograph had changed with the light, I had to quickly move the camera, but I knew that as I shifted the 4×6 3-stop Singh-Ray Hard ND Grad would cover any direction I wanted to shift. I didn’t have to reposition the filter much, which was appreciated. When light changes fast, I want to optimize as much as I can. When the light changed, I was able to keep my filter perfectly placed to capture the intensity. 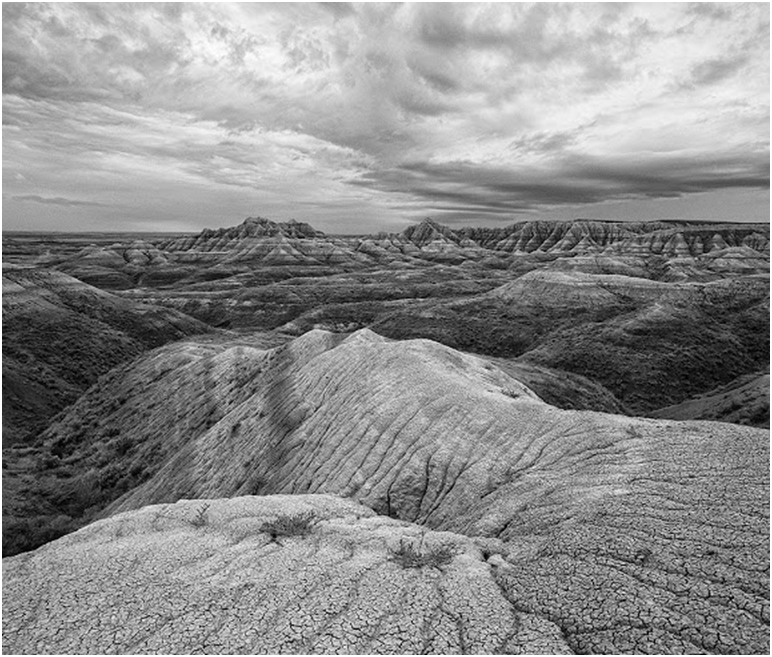 One of my favorite places to capture images within the Great Plains is Badlands National Park in South Dakota. I travel here frequently and often employ my tilt/shift technique to capture the open expanses and interesting landscapes. With this image, Upon the Plains of Desolation, I set up my gear on a high point on a cool fall afternoon and adjusted the lens so that the hills and marks of erosion help lead the viewer into the image. I set the camera vertically for this one and used a Singh-Ray 2-Stop hard ND Graduated filter to accentuate the storm clouds. One of the benefits of this technique is that it lends itself well to making square images which is perfect for calendars! While I am partial to the black and white version, the color version will grace the cover of The Dakotas calendar in 2014. All with the use of my tilt/shift lenses and Singh-Ray filters. 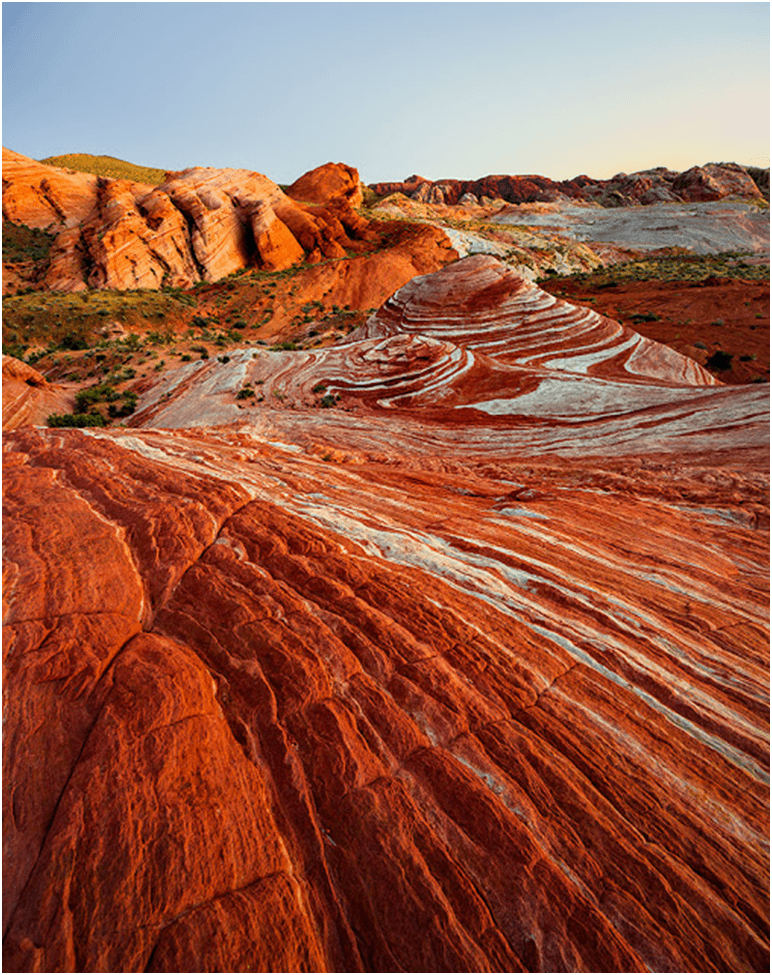 I had wanted to travel west to capture some desert scenes for quite some time. This past spring, I had a brief opportunity during a trip to nearby Las Vegas. I left the shimmer of Sin City behind just long enough to visit the splendor of Valley of Fire State Park. 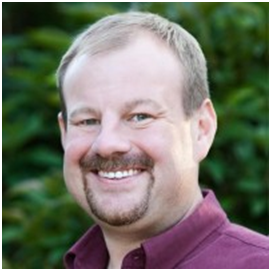 I arrived a couple of hours before sunset and began climbing around the unique landscape until I had settled on my final positioning, a high point above the rock feature. As the sun descended to my right, I watched the shadows slowly growing longer and the light growing warmer. This caused the reds to become the intense ‘firewave crimson’ color. So I set up my camera to shift vertically with my 2-stop soft-step ND Grad in place. When the sun had finally dipped below the horizon, I worked on capturing the three images necessary to make The Firewave.

Besides being a photographer and a writer, Derrald also displays his work at various art shows and galleries.