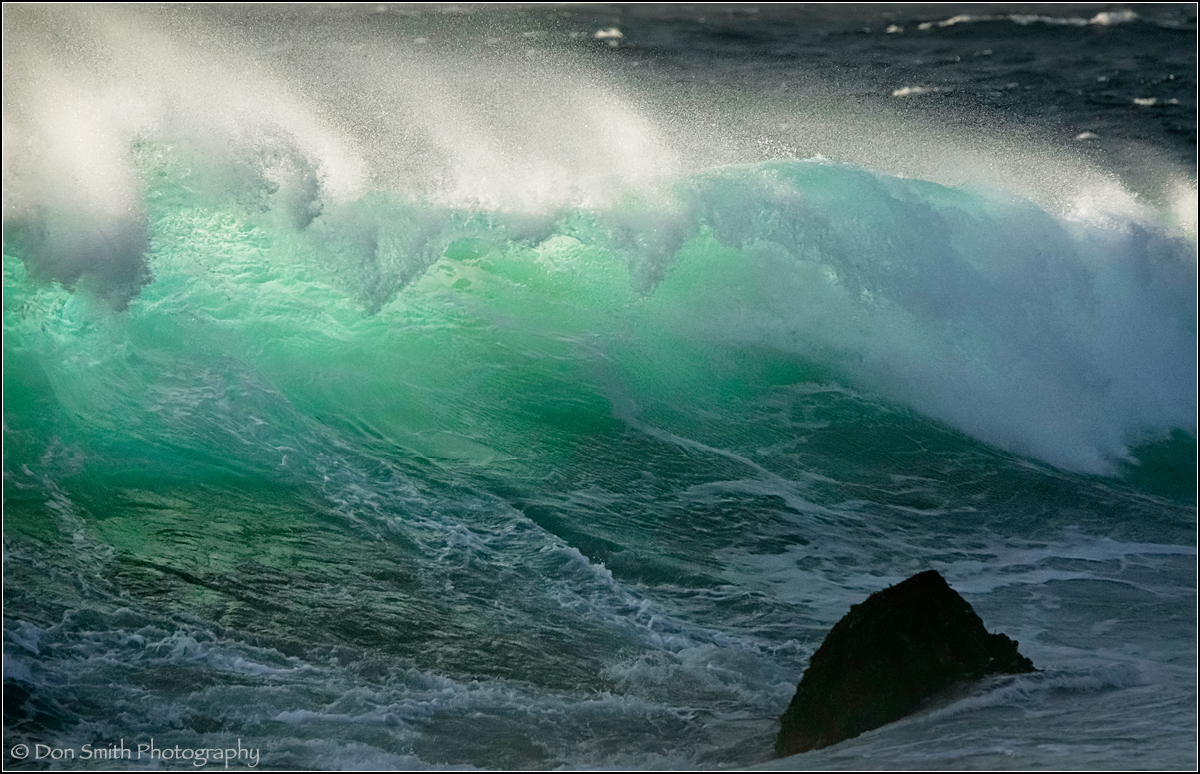 I work with a lot of amateur photographers. There are times we are on location when I get the question, “so what are we shooting here?” Sometimes the answer is rather obvious, but oftentimes it’s not. As an instructor, these are the times I seize to really teach.

My first response is to not hand it to them on a silver platter. Learning to truly see is a process that must be learned. It’s hard, and it should be that way. We are training our entire visual and emotional systems to respond to nature in a way that is not natural for most. Since birth, we have been trained to see the literal, though I think we could make a strong case that kids – the ones who use their imaginations – don’t see literal at all while at play. Ever have an imaginary friend? Remember how vivid and real that imaginary person was to you?

So my first response is to get my student to name what it is about a scene that is tugging at their emotions. If nothing is, we move on until we find something.  This has a lot to do with state 0f mind and imagination.

It’s too bad that as we age, we lose that sense of playfulness and imagination. As artists, I believe that it is imperative that we get them back. Imagine that the camera is just a toy that is a conduit to another world – the world we are photographing. But go a step further. Now let your imagination take what you are seeing and view it in many different and unique ways. Have you ever sat endlessly in a doctor’s office to the point that you start allowing your eyes to wander at the plaster on the wall? You begin to see shapes, patterns, connections, etc.? Would you have even paid attention to any of that if you were not so bored?

I’m not saying you have to be bored to see things, what I am saying is you have to slow down and allow yourself time for the world’s endless intricacies to catch your attention – it does not happen immediately.

These wave images that I am presenting came about simply from me naming out loud to my group what was drawing my attention. Three things really: the beautiful shapes and curls of the waves, the gorgeous backlit emerald color, and the back-spray coming off the tops to the waves (it was a very windy day).

Those three statements described perfectly what I should be photographing. I started with a 70-200mm but soon discovered that my message was not clear as I was allowing too much external (sky, headlands, beach) information to cloud my original intent. 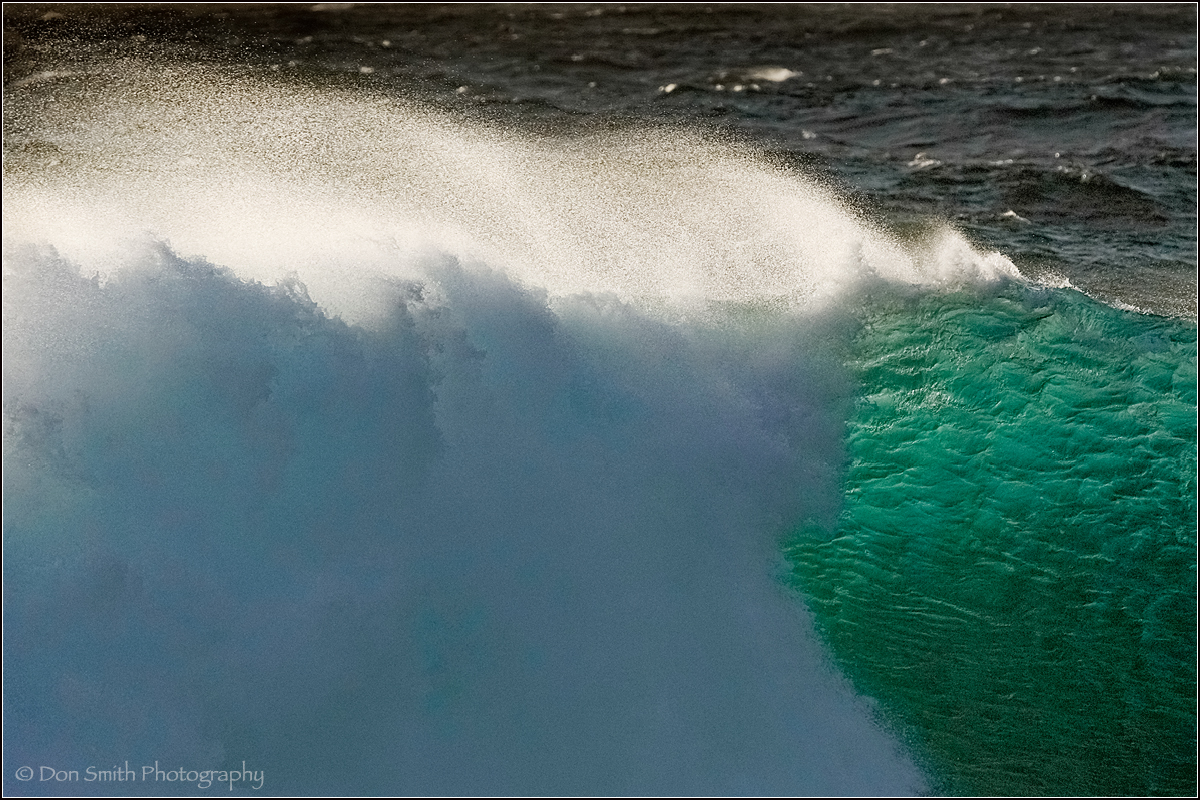 Once I was able to get the composition correct, my message became almost in your face. The extreme telephoto was able to allow me to isolate on just the fury, curl, color and back-spray of the waves without any outside interference to distract my viewer(s).

Verbal lists can be extremely helpful in allowing you to get at what it is that you really want to photograph. 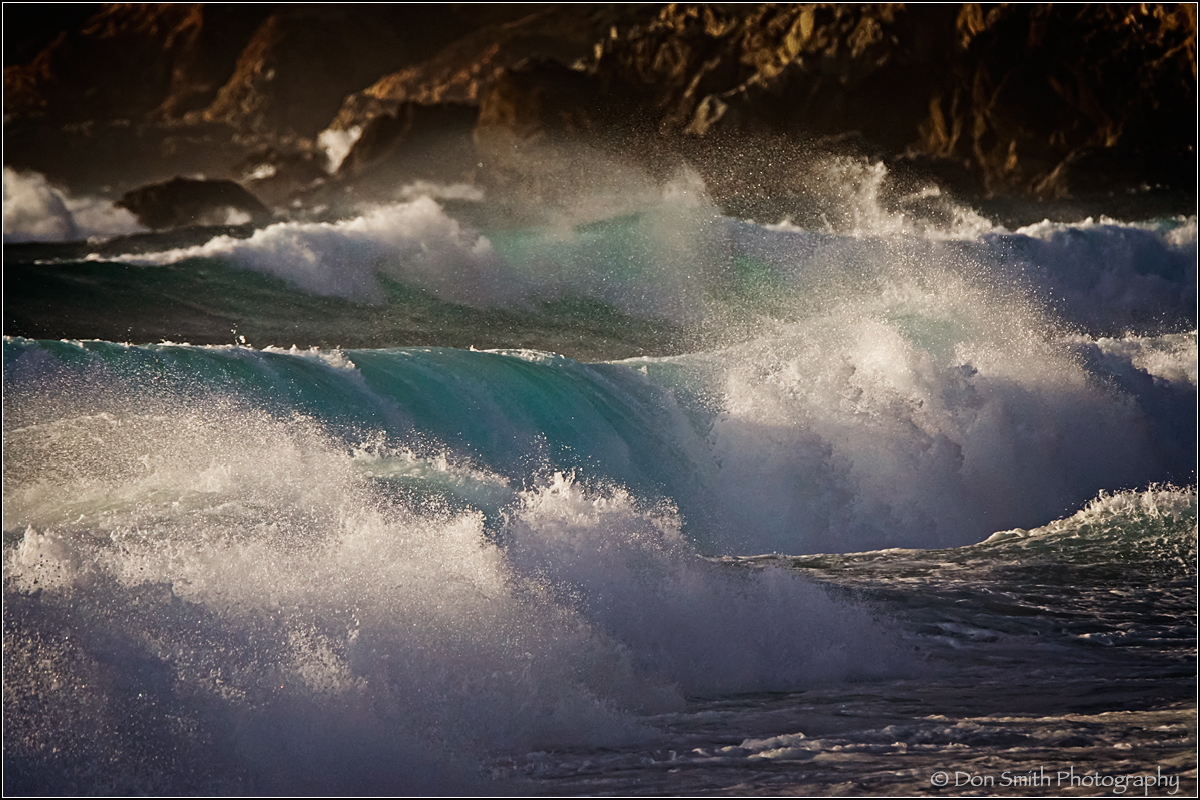 With this final image, I decided to shoot across the cove at a 90-degree angle to the sun. I also widened my frame to allow for multiple waves as a shadowed headland perfectly held the background.

I hope this technique of naming what is grabbing you helps. Share your techniques with us  – we’d love to hear from you!

Don’s gallery on this site