There is an obvious color cast — mostly strong magenta — that can sometimes be dramatic and nice, and at other times dramatic and problematic. Rather than taking time to color correct such images on the computer, which can be quite time consuming with less than acceptable results, I’ve opted more often to converting the image to black and white, which works to my satisfaction much of the time. But, what if color is the reason for making the image? What if I a want an acceptable long exposure of a color image? Well that’s been an issue… until now!

The Singh-Ray 10-Stop Mor-Slo is a quantum leap improvement in image quality. After using this filter, I found that the color migration was natural and acceptable, the filter adding only a slight warm (amber) cast, easily manageable in software, or by setting a custom white balance in the field. No more bizzarre color casts! 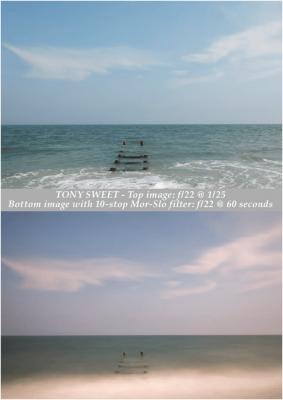 We can see the results in the image sets above and below. The images above were taken at Poverty Beach, Cape May, NJ, on a lovely morning with the clouds in a nice line and moving slowly across the frame. The green color in the ocean was remarkable as was the soft blue sky, and I wanted to preserve those colors in the long exposure. With the 10-Stop Mor-Slo, I was able to achieve a 60-second exposure.

As you can see in the second image set below, the 10-stop Mor-Slo added a soft, lyrical look to this 59th Street Pier in Ocean City, NJ. This is one of my favorite scenes on the east coast, and it’s relatively close to our home. The minimal warm cast to the 10-Stop Mor-Slo works very well here to slightly warm this scene shot in very low (blue) light at dawn. The 10 stops of density rendered a four-minute exposure to record the very smooth water and cloud movement. The stark black pilings stand out nicely against the silky smooth background. Although, the colors are slightly warmed (which I could have adjusted easily in software) the basic tonality remains intact, maintaining the mood and look I had visualized. 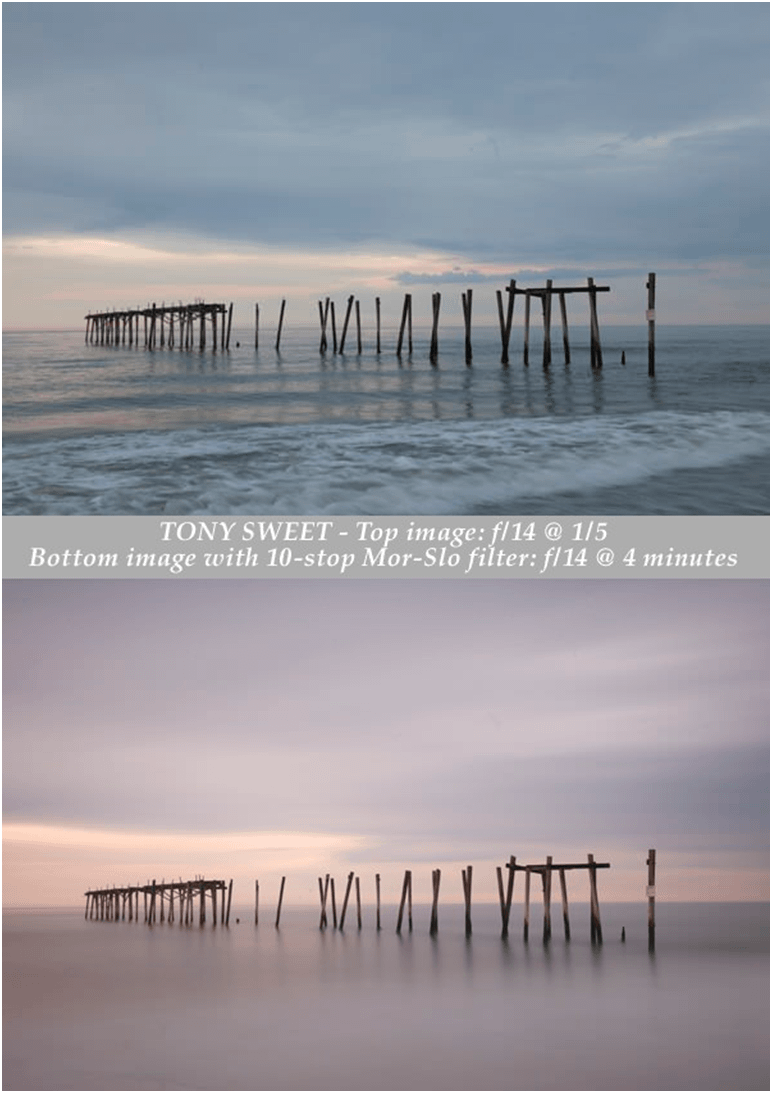 Shooting long exposures such as these in bright light is a really great way to achieve a much different ‘look and feel’ than the usual low-light long exposures. This final pair of images I shot along the jetty at Sunset Cove in Cape May, NJ, which is a great place to catch the last light at sunset. The issue was the inability to get a super-long exposure in bright, warm late afternoon light. 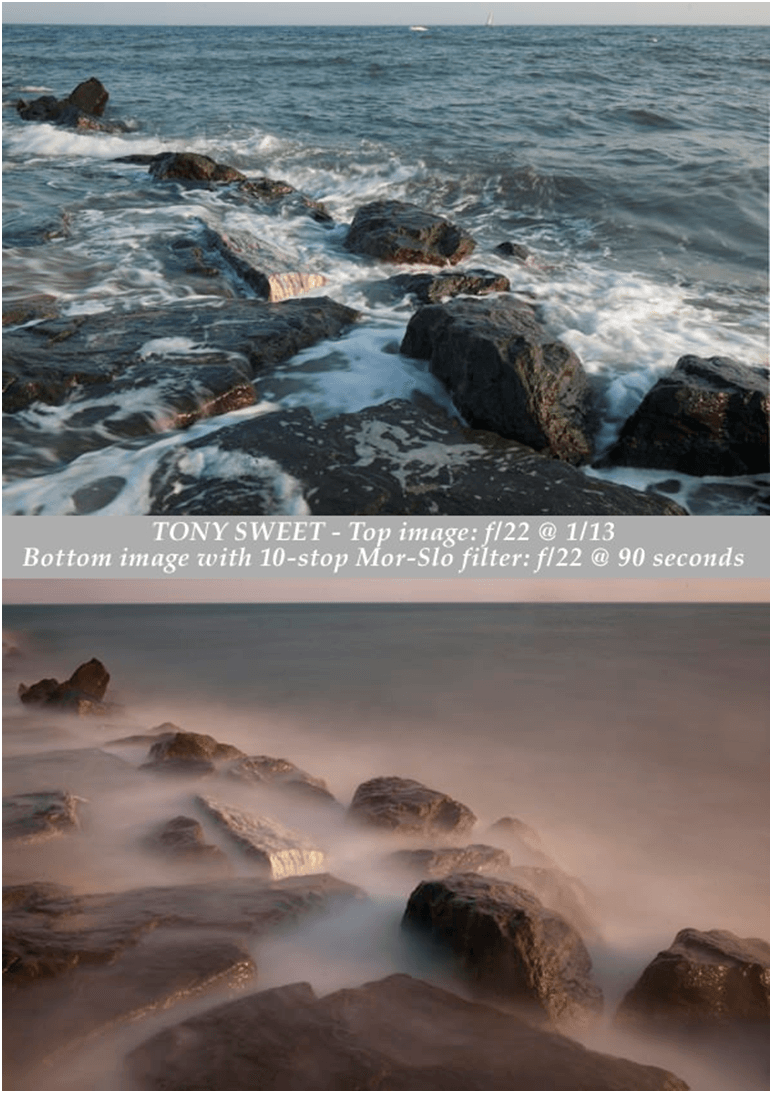 The Mor-Slo was the perfect selection for a couple of reasons. First, the silky smooth water was achieved by the 90-second exposure. Second, the warm light was accentuated by the inherent slightly warm cast of the 10-Stop Mor-Slo.

It’s an exciting new era in long-exposure-landscapes with the Singh-Ray 10-Stop Mor-Slo. Now get out there and wait… for your gloriously long exposures!

P.S. I almost forgot about how to calculate these long exposures. At such high density, I want to set my exposure manually rather than trusting my camera’s meter. And not wanting to try calculating the exposure times in my head, I discovered that there are several smartphone apps available for a very modest investment to do the calculating for you. The one I use is called LongTime Exposure Calculator — it was free, and it works! But search for one that is compatible with your phone and seems easy for you to use in the field. They will also help you calculate using wider apertures for reduced depth-of-field and other effects.

Singh-Ray took a direct hit from hurricane Ian. Singh-Ray is safe, all Singh-Ray staff is safe, but we did lose power. We are unable to process any orders until our power is restored. Once we have power, all orders placed will be processed and expedited. Unfortunately our Wi-Fi, emails, and messenger is very spotty, but we’ll reply back as soon as we can. We are sorry for any inconvenience this may cause and we look forward to being back to Singh-Ray and helping our customers as quickly as possible.