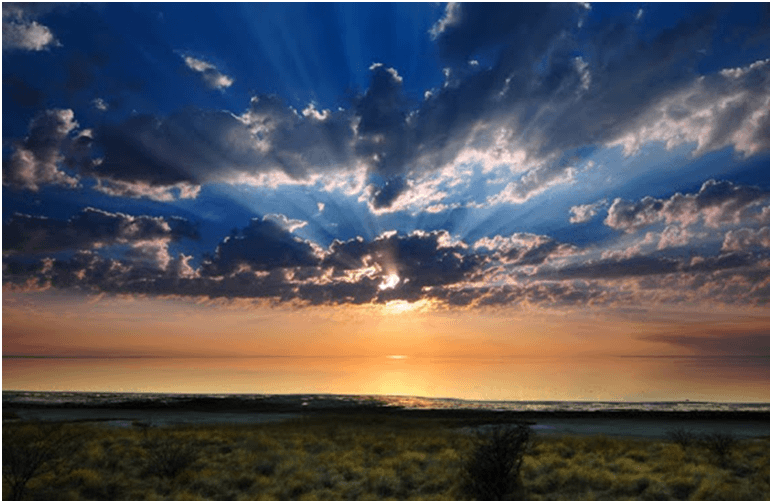 I have specialized in wildlife photography since 1995 and focused primarily on the ‘big-five’ African animals. Then recently I realized there are so many great landscape photographs yet to be captured everywhere we go. As a result, I bought a polarizer and some ND grads from a popular filter company, but I was never pleased with the results. Seeing some of Darwin Wiggett’s photographs was the turning point for me — I saw that he uses Singh-Ray filters, so I invested in two Vari-N-Duo polarizing variable density filters (one thin-mount and one standard) plus a Reverse Graduated ND Filter. You can see by these images from a 4-week trip to Etosha National Park in Namibia (a 17-hour drive from our home), that I am heavily influenced by the light at sunset. Some might call these images ‘skyscapes,’ but the important thing to me is their drama and beauty.

On the Etosha trip we spent 4 weeks in the park. Onkoshi camp is situated on the western edge of the Etosha salt pan, which is a vast dry lake bed in winter but filled with water during the summer months and throughout the entire year if there have been heavy rains. We were able to get some great shots of the pan at sunset. The image above of the late afternoon sun was captured while it was well above the horizon and partly covered by clouds. The sky was still bright so I used the Vari-N-Duo to hold back the brightness from both the thin layer of water on the pan and the sky. I then added the 3-stop Reverse Graduated filter to hold back the intense light from the sky. My Nikon D300s with a 10-24mm zoom lens was mounted on a tripod to prevent any vibration. The exposure at ISO 100 was 1/3 second at f-22. 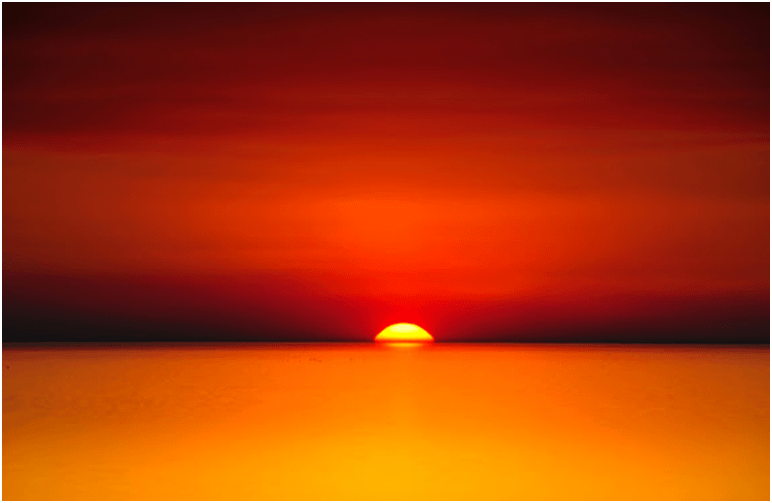 I took this second photo as the sun was setting on the horizon. Again, I used both the Vari-N-Duo and the Reverse ND Grad to hold back the light from the sun and the very bright sky. In the past, with my standard ND Grad filter, I would get a dark arc in the sky because the light is brightest on the horizon but dims further up in the sky. The Reverse ND Grad solves that problem perfectly and provides an even exposure across the sky. 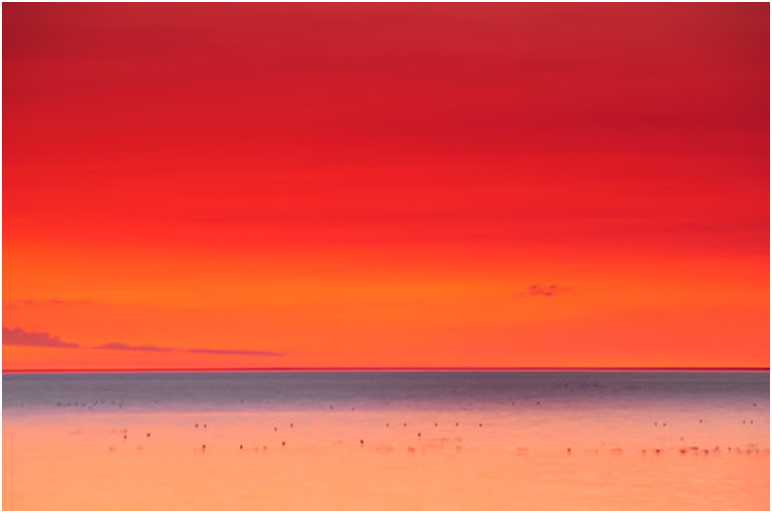 The best evening light tends to be up to 60 minutes after the sun sets. Here we have a photograph taken about 20 minutes after sunset and the colors are quite intense. I used just the Reverse ND Grad since only the sky was bright. The hundreds of tiny specks in the water are flamingos that visit Etosha every year to breed. 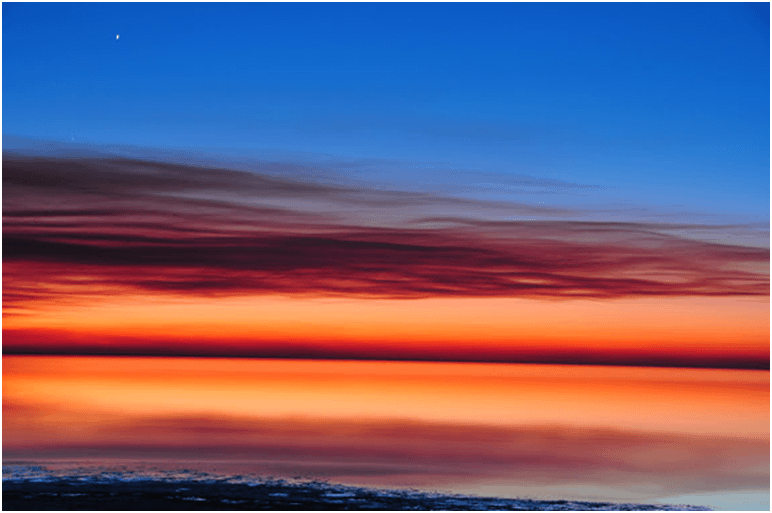 This photo was taken about 40 minutes after sunset. We used both the Reverse ND Grad to hold back the bright sky plus the Vari-N-Duo to get a slow exposure and blur the clouds as they moved across the sky. (Note Venus in the top left-hand corner). This time I set up my Nikon D300s with an 18-200mm lens extended to 62mm. The exposure at ISO 200 and f/11 was for 10 seconds.

The next camp we visited was Okaukuejo, where there are animals drinking day and night. Here we photographed a herd of elephants and a few giraffes at the waterhole after the sun set. I used the Reverse Graduated ND filter to hold back the intense light on the horizon. (Nikon D300 with 10-24mm zoom lens @ 13mm mounted on tripod with Singh-Ray 3-stop reverse ND Grad filter. ISO 400, 4 sec at f/11.)

Dolomite camp is situated in the previously restricted western Etosha and is perched high up on a dolomite hill. We photographed the sun setting behind another dolomite hill using the Reverse ND Grad. 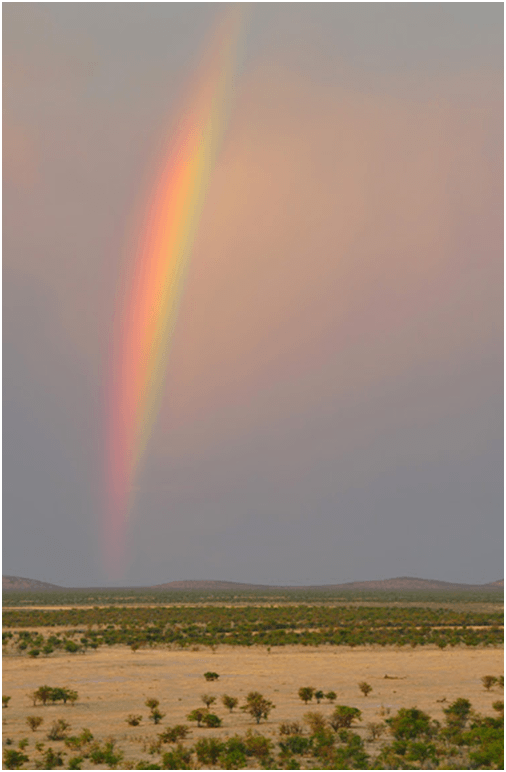 The next day was raining which produced a rainbow over the plains to the west of the camp. We used the Vari-N-Duo to polarize the light and enhance the rainbow colors. When shooting rainbows we must remember we’re shooting a reflection of the sun’s light passing through the mist. So special care must be taken when using a polarizing filter so that the rainbow doesn’t disappear. If you were to use the filter to block the reflection from the rainbow, it would disappear. The polarizer must be set to not block the reflection, so be sure to rotate the filter to the opposite polarity and let the rainbow pass through. Simply rotate the polarizer to the point where you see the rainbow most clearly.

We’ll soon be taking our Singh-Ray filters to the Kruger National Park and the Kgalagadi Transfrontier Park to find more amazing landscape opportunities.