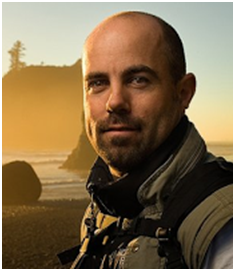 Once the sun drops below the horizon, many photographers pack up their gear and go home. However, for those of us who have a Gold-N-Blue handy, twilight can present some great opportunities to capture a most magical light. Unfortunately, the color that presents itself during these twilight hours is often not long enough, nor strong enough, to permit us to photograph for very long. For me, this is where the Gold-N-Blue pays off. During twilight, the Gold-N-Blue dramatically increases the intensity and duration of the color in the scene, which allows me to shoot for longer periods of time. With a regular polarizer, I might have from 10 to 20 minutes after sunset to shoot before the color is gone. But with the Gold-N-Blue, I can sometimes continue shooting for up to an hour after sunset. This allows me to try several different compositions, and at the same time produce stunning, vibrant colors in my images. This added color has several benefits to my photography.

For me, the key to using this unique filter is the post processing I do with two images of the same scene — one taken with the Gold-N-Blue and another without any filter. Of course these two images must be closely matched, which requires that both images are exposed with the camera on a tripod. With the added control and precision of Photoshop, I can choose where I want the effects of the polarizer in my image. When I take these image pairs into Photoshop, I will stack each as a separate layer in the same image and paint in the effects where I can draw the viewer into the subject. In post-processing I really try to emphasize the subject by using more color and contrast on my subject within the image. In contrast, I often will de-saturate and darken the corners to lead the eye where the most color is — especially when it is a contrast of warmer and cooler tones like the Gold-N-Blue polarizer produces.

For example, in the image below the first exposure was taken without any filter. The second exposure was taken with the Gold-N-Blue polarizer. (You can see what it does for the muted colors of sunset.) I then merged the two together as separate layers of the one image. I then chose to blend the two together as the effect of the polarizer layer was too strong by itself for my taste. But the merging of the two layers allowed me to paint in the effect I wanted in the sky and in parts of the foreground snow. I was able to keep the mountain a neutral color by using the portion of the layer with no polarizer. Thus, using the Gold-N-Blue allows me an opportunity to gain more color in the scene if needed or later blend it with a layer of no filter to reduce the effect. 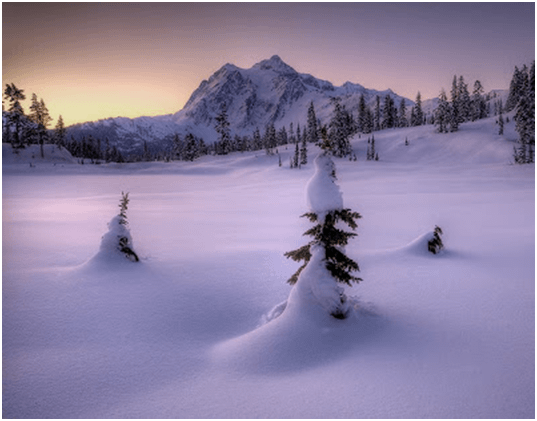 This first image was taken with no filter. Note the flat feeling, and pale, uninspiring colors of the fading sunset. 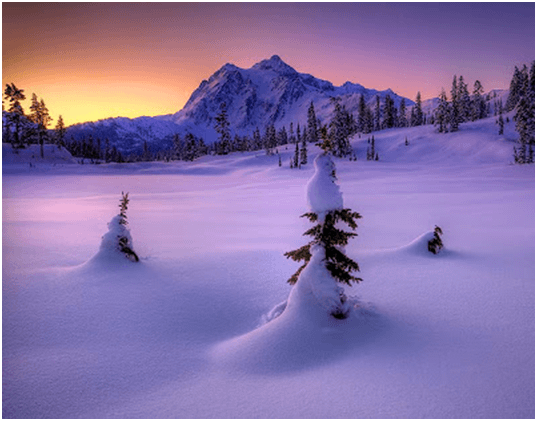 This second image was taken with the Gold-N-Blue. The effect was too strong on the top for me, so I blended parts of the two images together using the no-filter layer to tone down the sky color but retain the bottom portion with its cool tones. 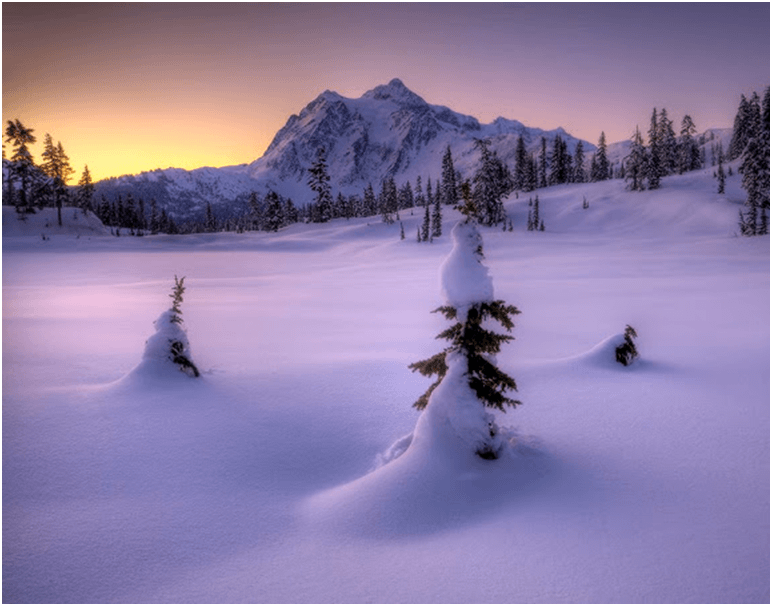 Above is the final image with the gold portion in the sky toned down from the original image with no filter. I used the bottom half of the layer with the filter to retain the cool tones in the foreground snow.

This graphic shows the layers in Photoshop, along with the layer mask that I painted. The grey portion of the white mask represents where I painted in the effect of the no-filter image at 50% density. (The white area reveals the layer below.) If I had painted with a 100% black mask, I would have painted the full effect of the entire filter which I did not want.

The Gold-N-Blue allows me the extra time I need to try several different perspectives. This means I have more options to choose from as I make my final selection of what images to keep. For example, when shooting during these twilight hours, the importance of vibrant colors in the image is necessary to make it stand out. The added color allows me to highlight the details and textures, especially in the foreground. This really gives the image the perception of depth and almost 3-dimensionality. This added benefit can really show off details in foreground subjects like rock patterns, sand ripples, and mirrored reflections in water.

Lastly, the benefit of the added color gives me the extra boost in contrast to give the image a more dramatic feel to it. Stronger color and contrast evoke emotions and thus helps my image create a mood.

By using the Gold-N-Blue during twilight hours, many surprising possibilities exist to improve your photography. 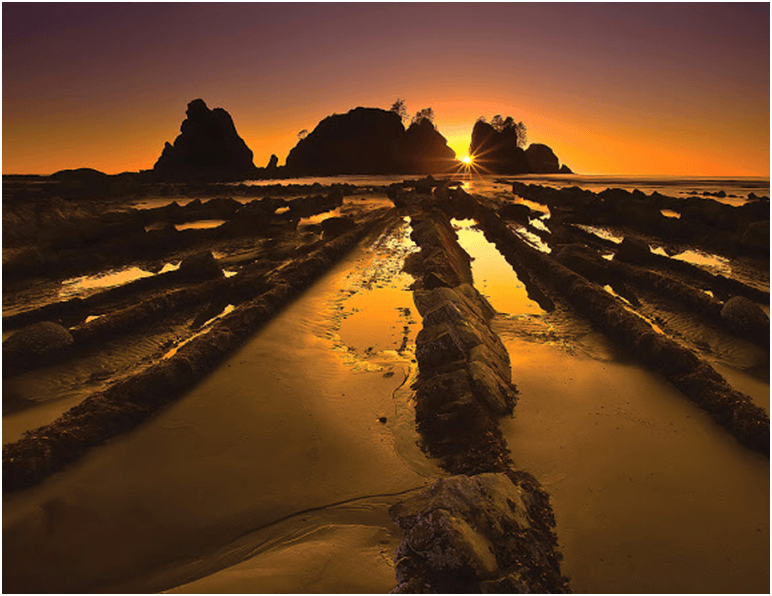 Here are some other images made with a Gold-N-Blue that have done well for me. For this first image I used the gold portion of the filter to bring out the color in the reflections. I then rotated the filter 90 degrees and took a second shot to emphasize the warmer tones in the sky. I then merged the two in Photoshop with layers. 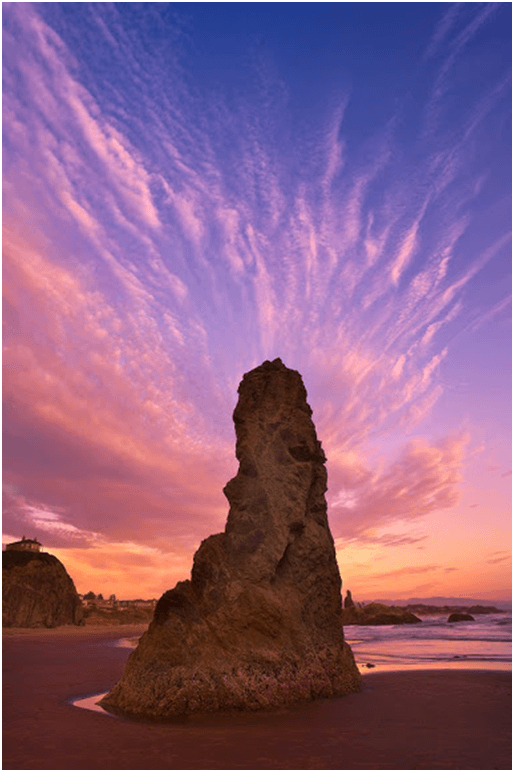 For this image, I used the Gold-N-Blue to really bring out the blues in the sky in contrast to the lower warmer tones in the rocks and reflections 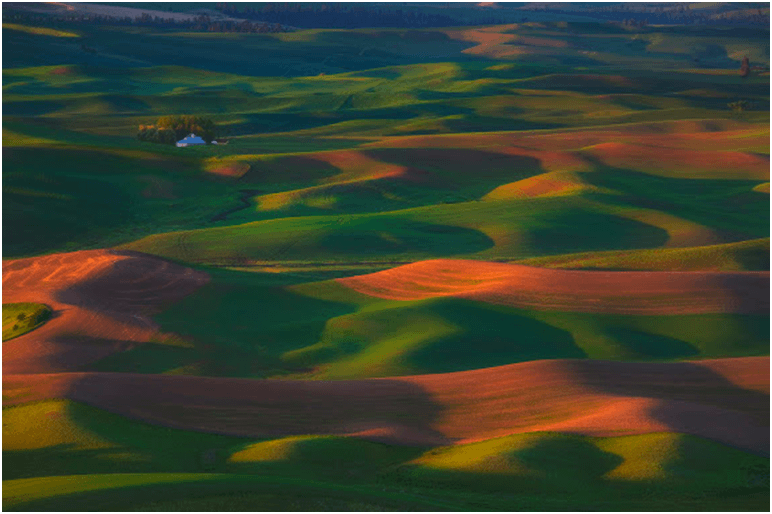 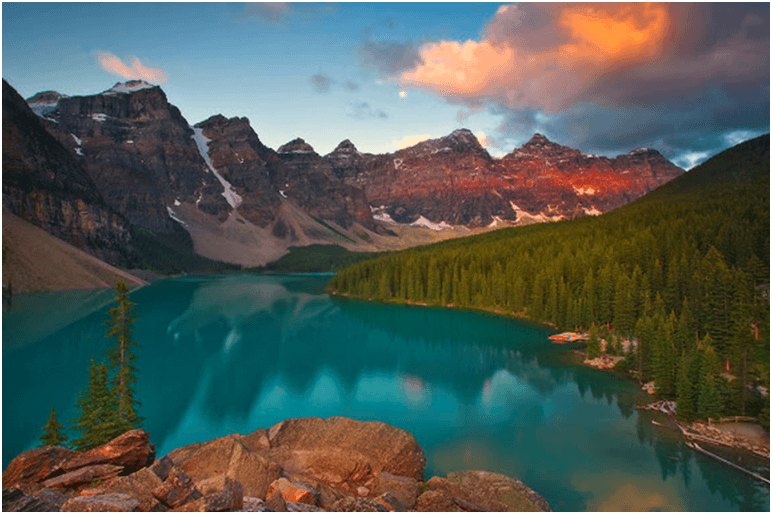 I used the Gold-N-Blue to really bring out the warmer tones on the peaks and the cooler tones in the lake. 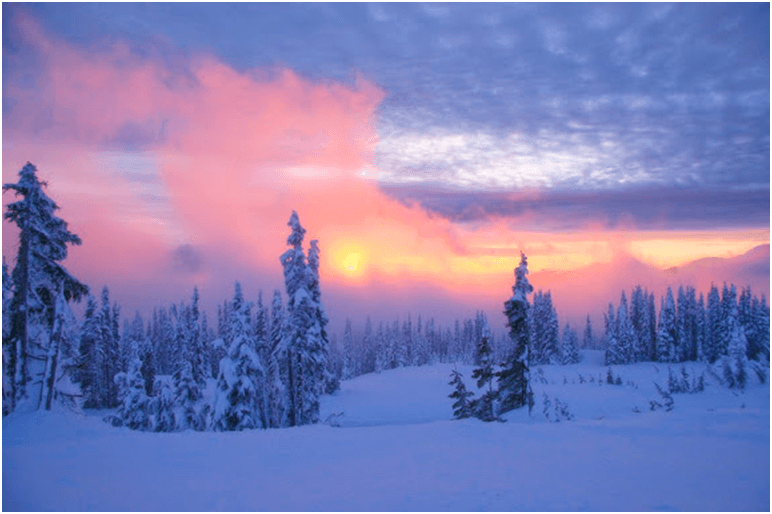 When I want to accentuate the warm and cool tones together, this image demonstrates how I do it.