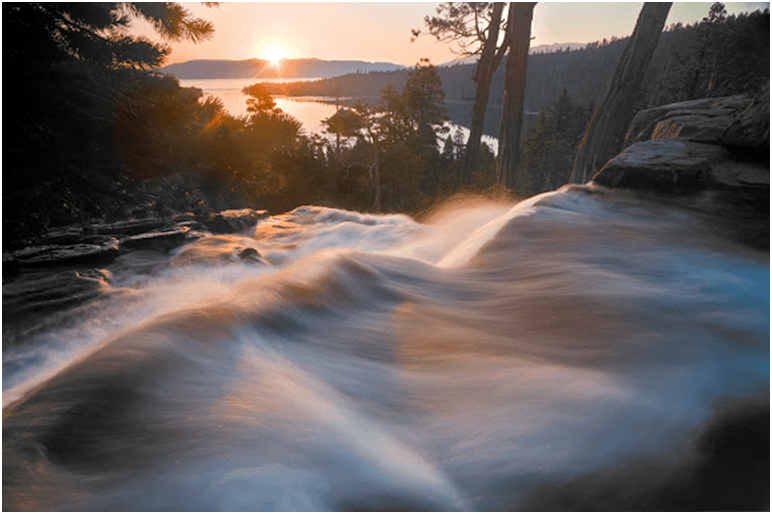 In those bygone days, BD (Before Digital), one of the biggest frustrations for landscape photographers was the limited latitude of color slide film. A four to five-stop dynamic range was all that our film could handle before the shadows blocked up or the highlights burned out. This presented a real problem especially when we were faced with a beautiful (but dark) foreground and a glorious (but very bright) background sky. At best, we would have to wait for just the perfect moment when enough light faded from the sky that it and the foreground were within the film’s limited exposure latitude.

Enter the graduated neutral density filter — a filter with neutral density on the top half (to darken the sky) which gradually lightened to clear at the bottom (to allow a correct exposure for objects in the foreground). My dear friend, Galen Rowell (We used to climb together in Yosemite, and I helped him land his first article with National Geographic) tried using these first filters. They were on the right track, but seemed to come up short.

So Galen and I turned to his friend Bob Singh for help creating the ideal ND Grad. For years Dr. Singh had been making professional grade photographic filters for everyone from CBS to NASA, so we knew he was the man to handle the technical side for maximum optical fidelity. We explained the problems we were having, and Bob put his expertise to work and produced a superb graduated ND filter. It had true neutrality, and since it was made with rugged CR-39 optical resin, it was much, much more scratch resistant, while offering superior optical properties. I was very happy. Galen (always the perfectionist) and Bob thought they could make it even better. So with Galen testing in the field, and Bob working in the lab, they further refined the idea and created what eventually grew into a whole series of Graduated Neutral Density filters that they decided would bear Galen’s name. Different densities, different edge patterns… the complete package. Galen used these filters to develop his unique photographic style which brought him so many accolades. It was truly a great partnership.

‘Wonderful history, Dewitt,’ you might say. ‘But that was then and this is now. It’s AD (After Digital). One can take 10 different exposures of the same shot and blend them together with HDR. There’s no need for an ND Grad filter anymore.’

Ah, you’d be so wrong! Yes, you can shoot multiple exposures now and blend them, but only the most sophisticated cameras can take more than a two-stop range of exposures without you touching the camera and, if the wind is blowing the flowers in your foreground all around, multiple exposures can create more problems than they solve.

Here’s how I look at it. It’s not an either/or choice. It’s a BOTH/AND choice. Sure, I sometimes use multiple exposures and HDR. But I always use Bob’s Graduated ND filters to help balance the scene first (as well as save the day when, with a moving foreground, HDR just won’t work).

Case in point. The photo above is a recent image of Eagle Falls in Lake Tahoe, CA. I used both a Singh-Ray 2-stop Graduated ND Filter and HDR to balance the huge disparity between highlight and shadow areas. It was a glorious sunrise. As I pressed the shutter, I couldn’t help but think of the wonderful partnership between Bob and Galen that helped me capture it. Hats off to you both, my dear friends!