Since my last post, I have been on a number of trips and thought I’d share some images from them. Each of these long exposure images has something in common, the Singh-Ray Vari-ND and the Mor-Slo 5-Stop ND Filter. 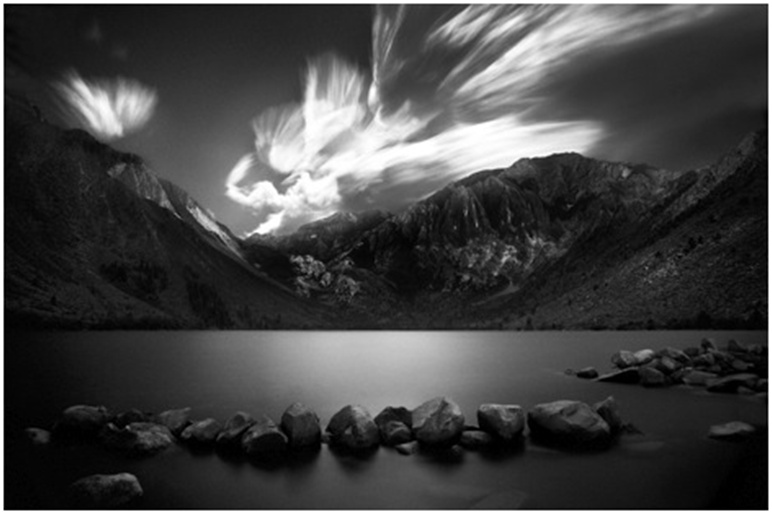 I was in the Sierras to attend the memorial of an old friend and mentor when I created this image.

John was on my mind as I spent several days reminiscing about our times together and missing him. He loved the Sierras and this is where he wanted his earthly ashes to spend eternity. I loved him and wanted to create an image to honor him and to remind me of him for the rest of my life. This is that image.

When I create an image, I do not plan it, but rather ‘see’ it in my mind through my vision, and from there my challenge is to recreate that vision on paper. I envisioned this scene as very dark with movement in the skies.

There are certain things I cannot control when creating an image, and clouds are one of them. I took a number of exposures here because the clouds just didn’t look right at exposures of 30 and 60 seconds. Because the clouds were moving so slowly, I needed a 4-minute exposure to create the feel I wanted. And to obtain such a long exposure in bright sunlight, I used a Vari-ND and ten stops of fixed ND filters.

While creating this image, two girls played in the water in front of the rocks. But because the exposure was so long, their appearance never registered and it was as though they were never there. 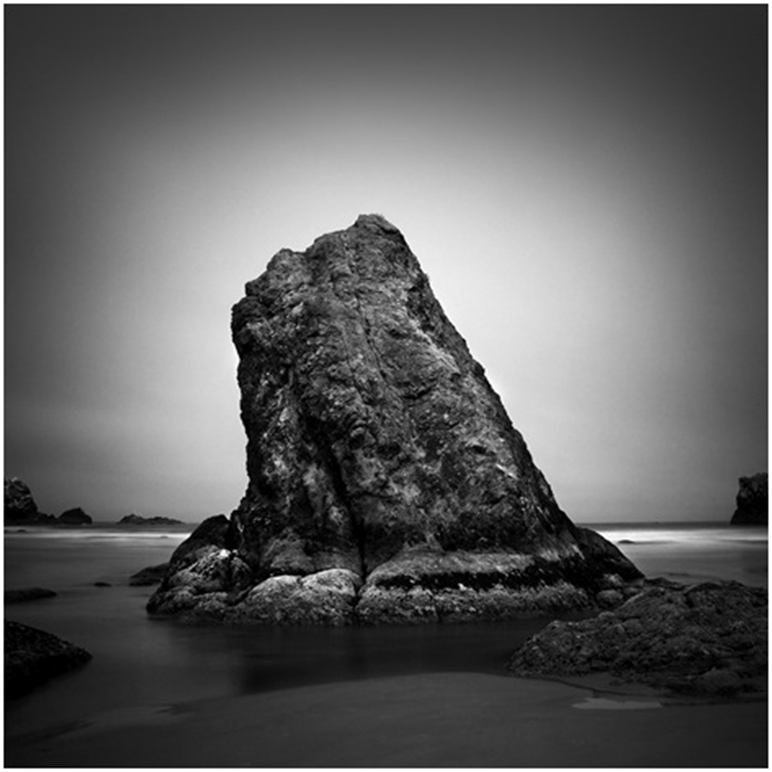 Each autumn I photograph the ‘Monoliths’ at Bandon Beach on the Oregon coast. I’ve been working on this series for several years now and have photographed these Monoliths in every season, weather, light, angle and time of day, and yet I always come home with something new.

That’s the beauty of the creative process, there is always something new, even at a location I’ve photographed many times. There are so many variables, and I never know how one will change and trigger a new vision of a familiar subject. 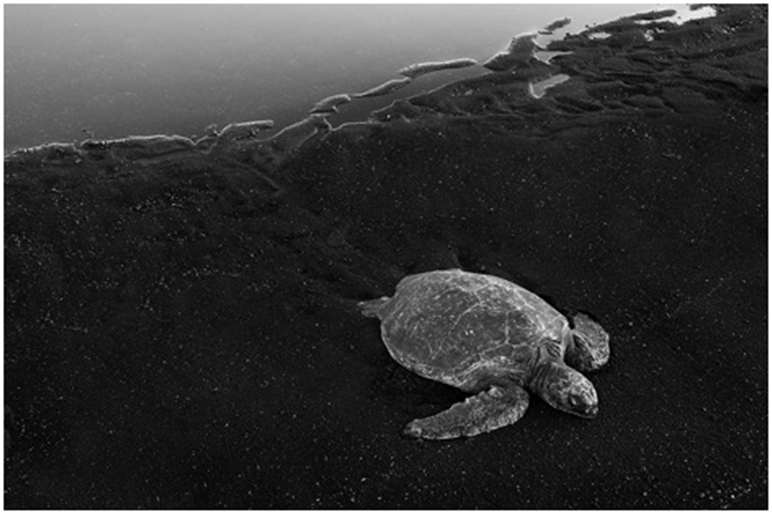 Sometimes the effect of the long exposure is not even noticeable as in this image. A fast exposure captured the ripples in the water and I found this distracting. I fixed this by using an 8-second exposure which smoothed out the water and simplified the image.

The photographer does not always need to create an obvious long exposure look in order to improve and strengthen the image. 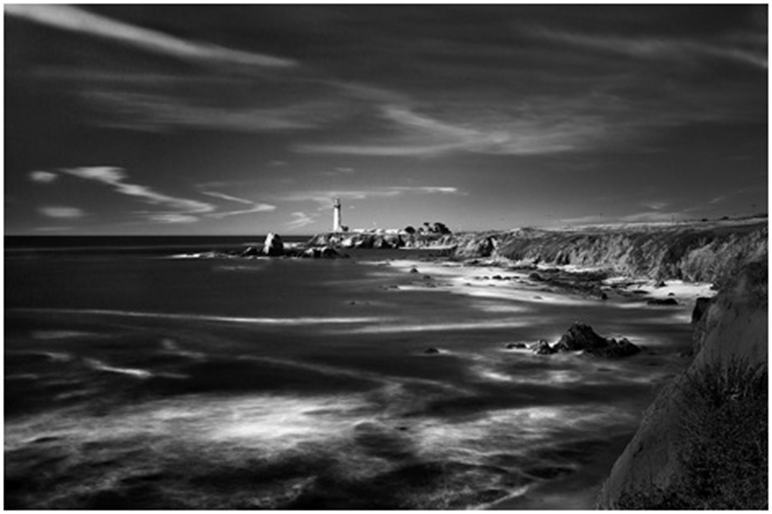 When I came across this light house I almost dismissed it because it was such a very traditional black and white scene that had probably been photographed by every photographer who had ever passed this way. But it was such a beautiful scene that I wanted to try to put my touch on it and make it just a little unique.

The wispy clouds in the sky were what caught my attention. I envisioned the final image with the water and sky tied together by a similar look. I tried dozens of different exposures from a few seconds to several minutes, with each exposure creating a very different look. Because the water and sky were constantly changing, I could sometimes get the sky just right but not the water, and vise versa.

Finally I got the look I was after with this 100-second exposure. 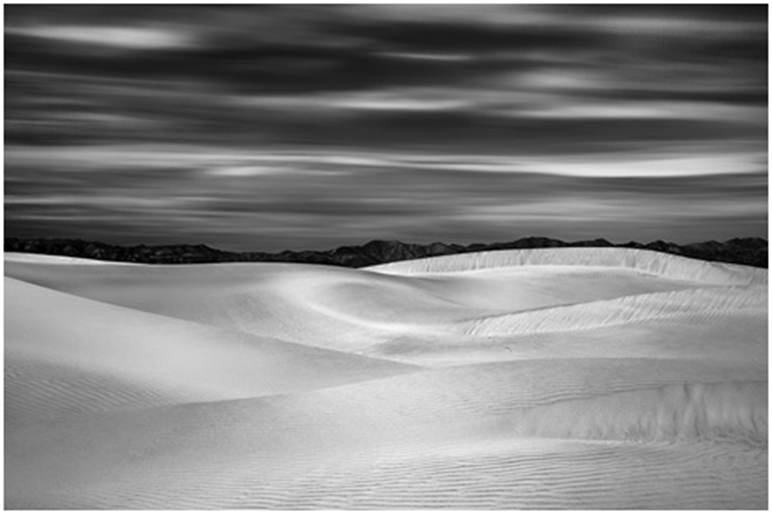 This image is from my series ‘The Dunes of Nude’ which is my interpretation of sand dunes. Normally I get very close to the dunes and photograph them in a very intimate and almost abstract way, but in this image I took a much wider view. Like the Pigeon Point image above, I wanted to tie the sky to the foreground by making the clouds look like sand dunes in the sky. 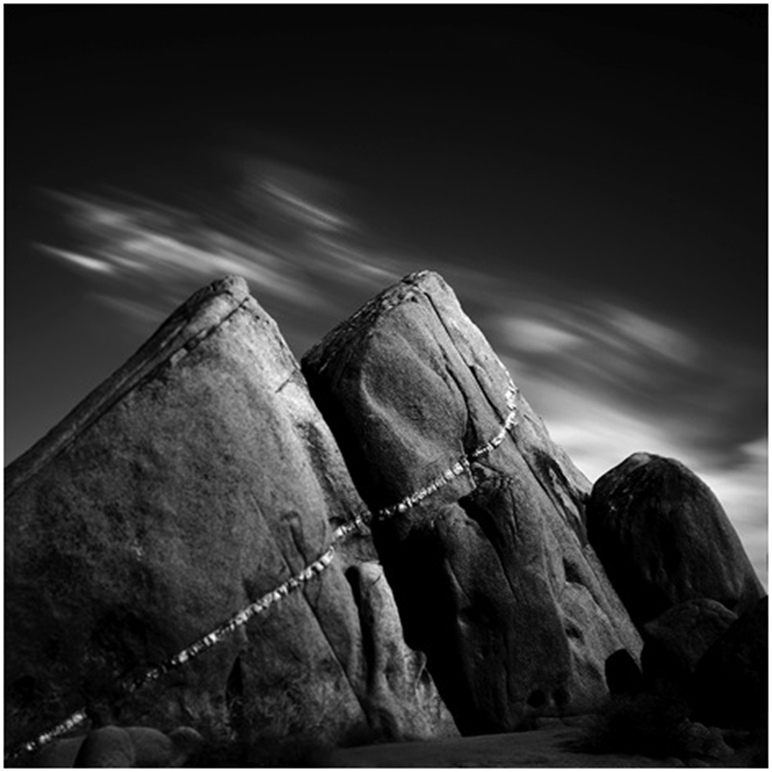 This new addition to my ‘Ancient Stones’ portfolio was created in Joshua Tree. I want to emphasize the permanence of these stones and the movement in the clouds is a subtle way of doing that.

A key to my work is being able to move quickly; to be able to compose quickly and to adjust my exposures quickly. If I cannot do that, conditions change and I miss the shot.

That is the primary advantage of the Vari-ND filter over fixed filters. I can open up the filter to quickly change my composition and can quickly adjust from a 30-second to a 120-second exposure. The Vari-ND is one of my most important tools.